What’s not to love about Nashville? The Music City is a great place to visit, with plenty of things to see and do. From its world-famous music scene to its delicious food, Nashville has something for everyone. So if you’re looking for a fun and exciting vacation destination, be sure to add Nashville to your list! Here are some of the best places to visit in the city.

Ryman Auditorium is a former dyin’ and picnicking ground, Ryman Auditorium is now a legendary concert hall, the Mother Church of Country Music, and a top Nashville attraction. The Ryman stage has been the site of more historic moments and unforgettable performances than any other concert venue in America. Known affectionately as ‘The Mother Church of Country Music’, the Ryman finally closed its doors to the public in 1974. But thanks to the efforts of devoted fans, this country music mecca was saved from the wrecking ball and restored to its former glory.

Today, the Ryman Auditorium is once again one of Nashville’s most popular tourist attractions. Guided tours are available, or you can just sit back and enjoy a live performance in this intimate setting. Either way, a visit to Ryman Auditorium is sure to be a memorable experience.

Centennial Park is a large urban park located in Nashville, Tennessee. The park was established in 1897 to celebrate the 100th anniversary of the state’s admission to the Union. Centennial Park is home to a number of notable features, including the Centennial Sportsplex, an Olympic-sized swimming pool, and an 18-hole golf course.

The park also contains several monuments and sculpture gardens. Centennial Park is one of the most popular tourist destinations in Nashville, and it attracts more than 2 million visitors each year.

Honky Tonk Highway is a term used to describe the stretch of Nashville that is home to some of the best live music in the city. This area is known for its Honky Tonks, which are small bars that feature live country music. The Honky Tonk Highway is a great place to experience the true Nashville sound. There are many famous Honky Tonks located on this street, such as Tootsie’s Orchid Lounge and Robert’s Western World.

If you’re looking for a place to enjoy some live music and experience the true Nashville sound, then be sure to check out the Honky Tonk Highway.

Bicentennial Capitol Mall State Park is a great place to visit if you’re looking for a place to picnic, hike, or just spend time outdoors. The park is located in the heart of Nashville, and it includes a number of features that make it worth visiting. For starters, the park has a Bicentennial Mall that commemorates Tennessee’s 200th anniversary. The mall includes a number of sculptures and murals that depict the state’s history.

In addition, the park also has a number of hiking trails that offer great views of the city. And if you’re looking for a place to cool off, the park also has a Bicentennial Fountain that features a beautiful waterspout. All in all, Bicentennial Capitol Mall State Park is an excellent place to visit if you’re looking for a taste of Nashville’s history. 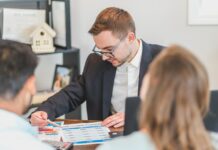 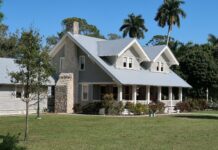 What To Know About Buying a House In Toowoomba 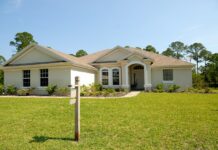